Oriente Station
One of the most stunning modern sights in Lisbon is Oriente Station. It was built by master architect Santiago Calatrava with a roof of glass and steel made to look like a row of trees.

Elevator da Bica
The funicular climbs Rua da Bica for some 200 metres, and the sights presented along are fascinating. The scenic ride in the Elevador da Bica Lisbon area serves as preview of amazing views of the Tagus river

Rua Nova do Carvalho – The “Pink Street” Lisbon 2016
Cais do Sodré, located near the old port along the riverside in downtown Lisbon, was once considered Lisbon’s Red Light District

Pavilhao Atlantico
Shaped like an upturned ship (others say it resembles a UFO landed in the middle of the city), the Atlantic Pavilion is officially Portugal’s largest indoor arena, with a capacity for over 15,000 spectators.

Alfama
The oldest district of Lisbon, it spreads down the southern slope from the Castle of São Jorge to the River Tagus. Its name, derived from the Arabic Al-hamma, means fountains or baths. During the Islamic invasion of Iberia, the Alfama constituted the largest part of the city, extending west to the Baixa neighbourhood. Increasingly, the Alfama became inhabited by fishermen and the poor: its fame as a poor neighbourhood continues to this day. While the 1755 Lisbon earthquake caused considerable damage throughout the capital, the Alfama survived with little damage, thanks to its compact labyrinth of narrow streets and small squares. 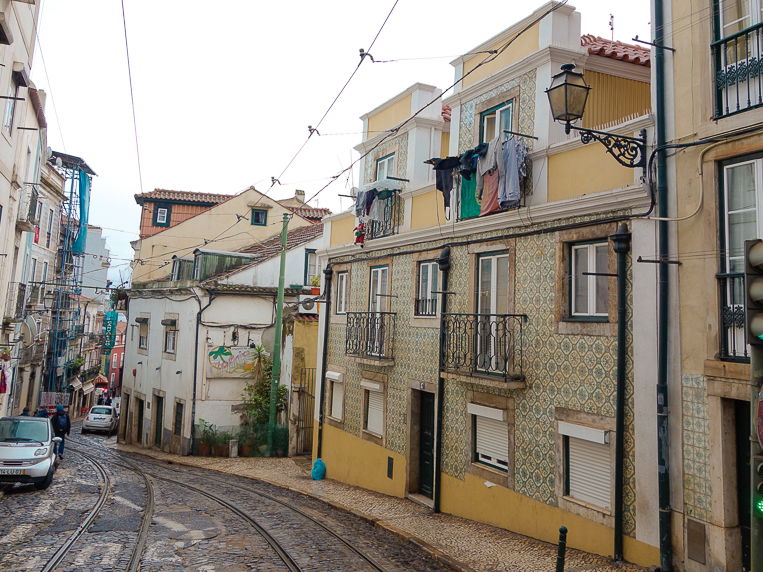 It is an historical quarter of mixed-use buildings occupied by Fado bars, restaurants, and homes with small shops downstairs. Modernising trends have invigorated the district: old houses have been re-purposed or remodelled, while new buildings have been constructed. Fado, the typically Portuguese style of melancholy music, is common (but not obligatory) in the restaurants of the district.

Café A Brasileira
The Café A Brasileira (The Brazilian Lady Cafe) is a café at 120 Rua Garrett (at one end of the Largo do Chiado in the district of the same name), in civil parish of Sacramento, near the Baixa-Chiado metro stop and close to the University.[1] One of the oldest and most famous cafés in the old quarter of Lisbon, that ensures constant activity, the shop was open by Adrian Telles to import and sell Brazilian coffee in the 19th century, then a rarity in the households of Lisbon. Over time the space has been the meeting point for intellectuals, artists, writers and free-thinkers, weathering financial difficulties and becoming a tourist attraction, as much as another coffee-shop. 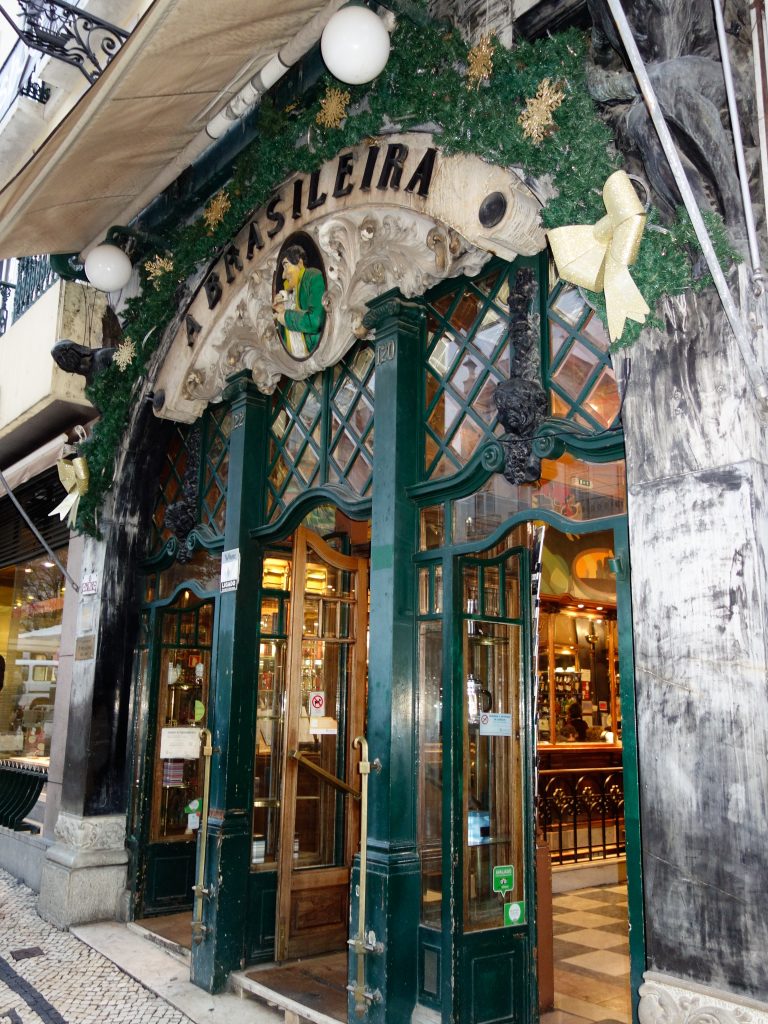